Free-flowing fresh water is abundant on the Oregon Coast and throughout much of Oregon. Millennia of rain and snow melt have created innumerable streams, creeks and rivers. Some of these waterways flow to the ocean, but others collect in basins to become lakes and ponds.

If you ask most people, they’ll probably tell you the main difference between a lake and a pond is size, with lakes being the larger of the two. In fact, the difference has much more to do with depth. Ponds are comparatively shallow formations in which plants can grow across the entire surface of the water because sunlight can penetrate all the way to the floor of the pond. This sunlit area is called the photic zone. 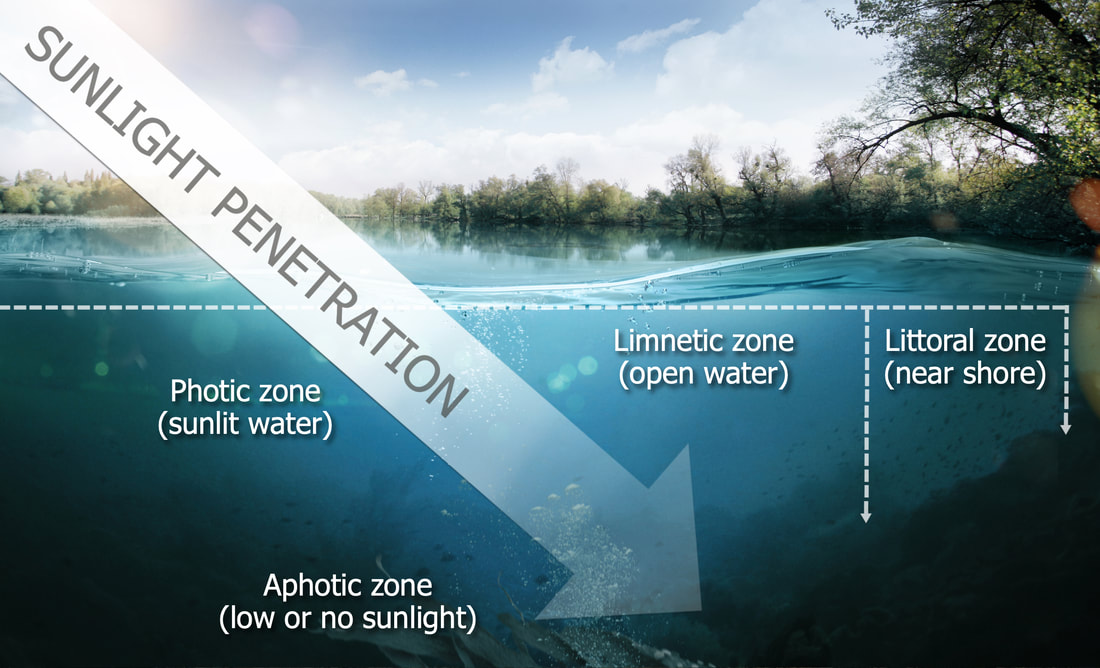 Because lakes are deeper, however, they have an additional zone through which sunlight will not fully penetrate. This is known as the aphotic zone, or an area “without light.” Very low salt and oxygen levels, slow or non-existent currents, cold temperatures and the lack of sunlight can make the deepest regions of lakes perfect for the preservation of both organic and inorganic materials.

If a lake is deep enough, it may have an additional zone called the profundal zone. This zone exist below the range of effective light penetration, meaning that the profundal zone is eternally dark. This zone is similar to the midnight zone or abyss in an ocean environment.

The are also two lake zones which represent both depth and distance from shore. The littoral zone is the near-shore area of a lake or an ocean coast. This zone typically extends from the high water mark to those areas of the shoreline which are permanently submerged. Because the littoral zone is generally shallow, it is easily penetrated by sunlight and may contain a rich variety of plants and animals.

As you move away from shore, you enter the lemnetic or open water zone. This well-lit surface area is where most food and oxygen is created to support the lake's various consumers. It is similar to the sunlit zone of the ocean.