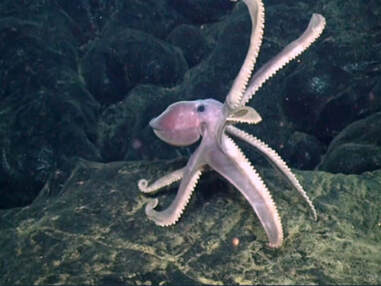 Our first dive with Jason was very successful, but unfortunately it had to be cut short due to rising winds and seas. The forecast is for the weather to get worse before it gets better, so we will likely not be able to dive again for a few days and we’ll be conducting other operations in the meantime.

Photos and video courtesy of the 2015 Axial Team.